The Castle on the Sea (海城) 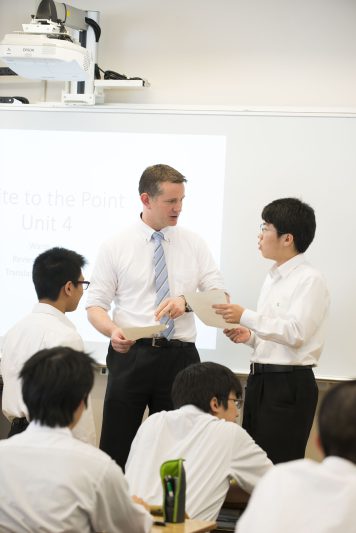 I grew up in a small seaside town in south-west Britain called Penzance and went to a local co-ed secondary school about half the size of Kaijo. I enjoyed almost every subject at school, but I was especially interested in French, German, and mathematics as these were the ones that seemed to come the most naturally to me. When not in class, I liked spending time outdoors and playing sports. I was in the school teams for rugby, football (I just about made it into the B team) and athletics. Each of these sports had its own separate season, so I would generally be involved in just one at a time. Of the three, rugby was the sport I enjoyed the most. I usually played at outside centre and liked to think of myself as one of the best tacklers in the team. I was also one of the fastest runners and could change direction quickly, so I would  often enjoy going on charging runs when I had the ball. Although I could become quite competitive when I stepped onto the field, the strongest memories I have of the sport now are not of scoring tries or winning games, but of the most difficult matches. The most memorable of all was on a freezing cold day in February. It was an away game against tough opposition, and there was an icy wind that seemed to penetrate right to the bone. It was hard to keep going in matches like that, but there was a sense of achievement that came from somehow getting through them together. Outside school, I belonged to a rowing club. We rowed in the sea in six-oared boats called gigs and practised throughout the year. During the racing season, we would enjoy travelling to different towns and villages up and down the coast to take part in regattas. Races would involve a lot of tense waiting at the start line followed by a sudden explosion of energy as we quickly tried to get the gig moving before gradually settling into a steady rhythm. This rhythm had a kind of power that seemed to help carry me through to the finish no matter how tired my arms were. There was more to rowing than racing, however, and there was something I loved about the simple feeling of being out on the sea, especially when the conditions were right. One beautiful day in late summer, we took our gig to the next club along the coast and rowed 13 km back across the bay to get home. I remember the sea being completely still and the sun glistening on the surface of the water. There was nothing quite like rowing on a day like that.

Looking back on my school days now, many of my strongest memories are closely tied to the area where I grew up. My hometown, Penzance, sits in a bay containing an island called St. Michael’s Mount. The island has a castle at its highest point and sits just a short distance from the mainland. It can be reached by boat, but there is also a causeway that can be used to walk to the island when the tide is out. The Mount is a local landmark and can be seen from all around the bay, so it formed a constant backdrop to my daily life there. My secondary school and the rowing club I belonged to both had very close connections to it, and this was especially true of the latter as we would always launch the gig from directly in front of the Mount and row in the surrounding waters during our regular practice sessions. I have a lot of memories of growing up near St. Michael’s Mount and have always thought of it as a symbol of home. Moving to Japan took me a long way from the Mount itself, but since coming to Kaijo, the name of the school has always brought back memories of the castle on the sea that was such a big part of my life growing up. 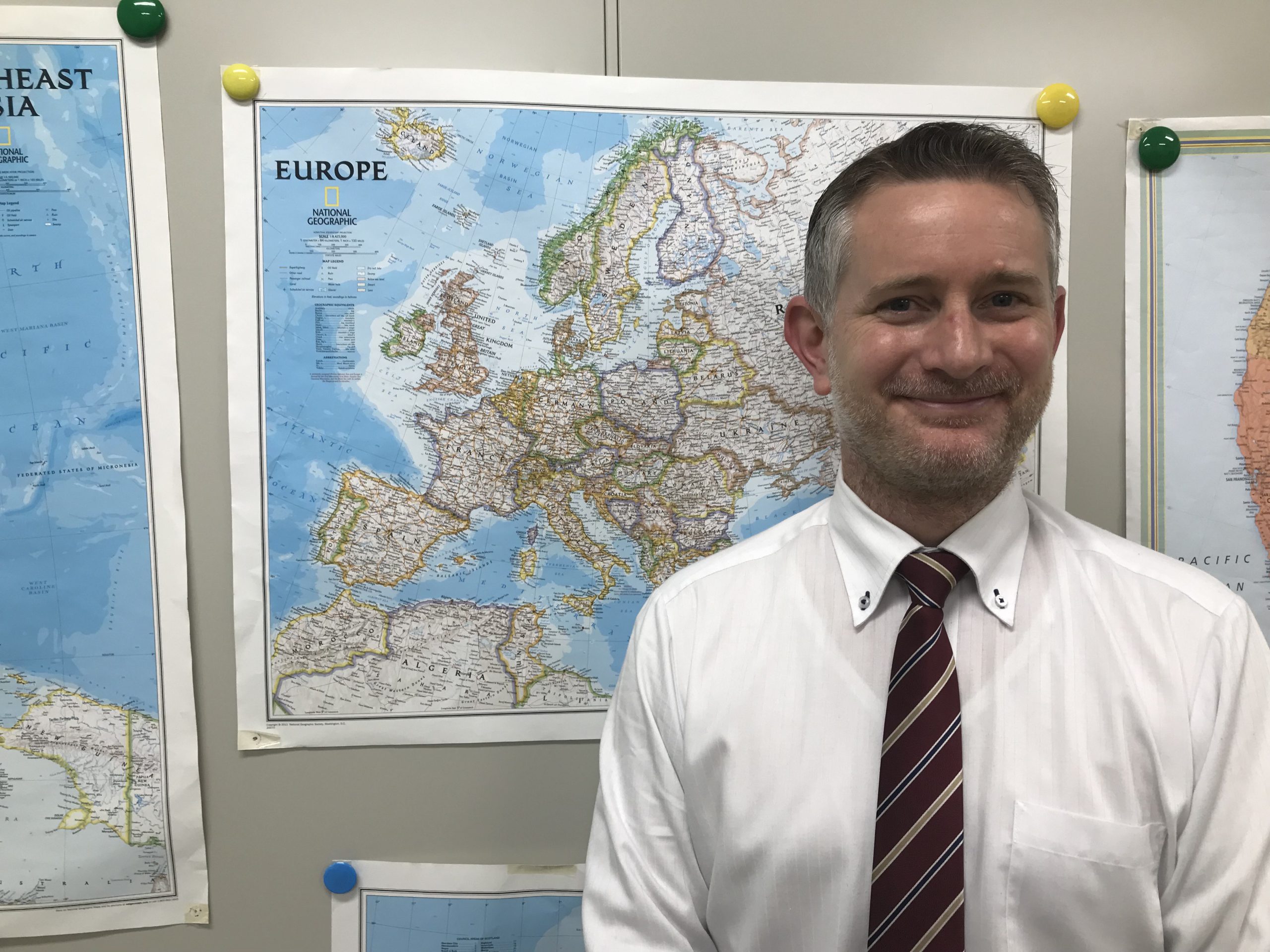