We had a lot of things to do today. After breakfast, Groups 1 to 5 went outside and played sports, while the other five groups studied math and science in the classrooms. In the afternoon, we switched the groups. Groups 1 to 5 stayed inside, and Groups 6 to 10 went outside.
The sports groups enjoyed such relatively unfamiliar sports as rugby, cricket, and netball. Since the students didn’t know much about these sports, they listened very carefully to the teachers explaining the rules. The teachers enjoyed it, too.
The study groups learned the English terms used in math and science. Kaijo students are very quick at calculation, so they instantly knew the answers to the equations, but didn’t know how to say them in English. In science class, they learned about health. Unfortunately, a few students got sick and had to stay in bed yesterday.
Maybe that is why they seemed serious when they were learning about health. Kaijo students are kind enough to care about their friends. With the help of them, and with the great care of the teachers, the sick students were back to the classrooms in the afternoon.
We had a barbecue lunch today. They concentrated so much on the meat and vegetables they were going to eat that they didn’t see anything but their food. They put their teachers aside, leaving them alone during the bruising food battle. They were hungry enough not to care about their teachers.
After the final preparation for the presentation in the afternoon came their final dinner at this camp. After the dinner, the time came. They had been preparing for it since yesterday. The presentations were all great, but by a twist of fate, Group 10 got first prize. They must have been proud of their work.
We were happy to share this feeling of achievement with our students.
By Takayuki Murayama 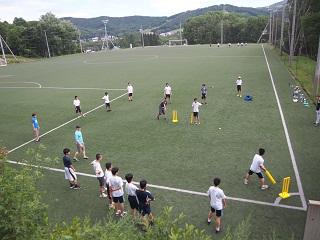 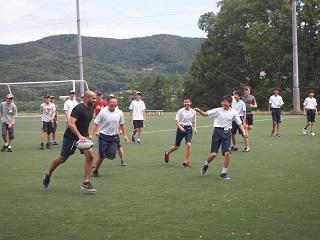 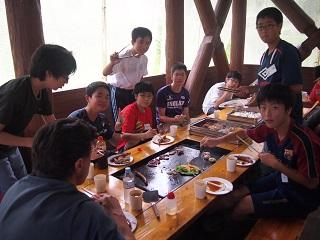 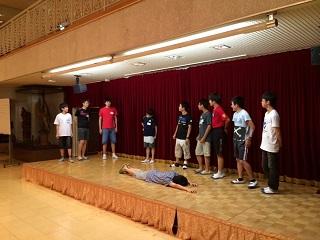 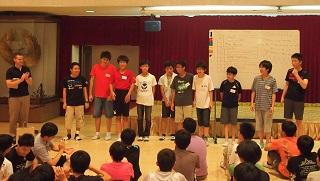